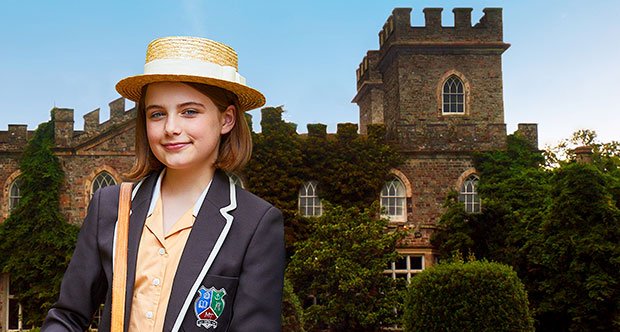 ABC in Australia and Germany’s ZDF are among a number of broadcasters and platforms to pick up children’s drama Malory Towers from prodco and distributor WildBrain.

The 13×30’ series is a live-action show based on Enid Blyton’s book series of the same name about a 12-year-old girl who leaves home for the first time to attend an all-girls boarding school.

In addition to ABC and ZDF, the series has also been picked up by BYUtv in the US, CBC’s streaming service CBC Gem in Canada, DR in Denmark, Finland’s YLE, Sweden’s SVT, Norway’s NRK, Toonix and HBO in the Nordics and CEE, and Hot in Israel.

Malory Towers is adapted for TV by Rachel Flowerday and Sasha Hails. Executive producers for WildBrain are Josh Scherba, Anne Loi and Michael Goldsmith, with Jo Sargent serving as exec producer for King Bert Productions and Amy Buscombe for the BBC.

The series is produced by King Bert’s Grainne McNamara and WildBrain’s Angela Boudreault and directed by Rebecca Rycroft and Bruce McDonald.

WildBrain is international distributor for Malory Towers outside of the UK.