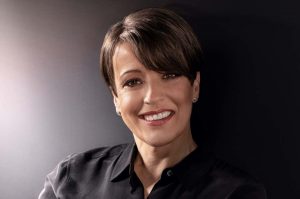 Mercury Studios will develop, produce and invest in “innovative” music-skewing content, while also becoming home to film and TV producer, Eagle Rock Entertainment (ERE), which is to be moved into the new operation.

Webb, who revealed she was leaving the BBC a year ago to head up Eagle Rock as CEO, will oversee the development and production of content for the London and LA-based firm, while also expanding on ERE’s existing library that includes nearly 2,000 hours of programming and more than 800 titles of original documentaries.

Joseph said Mercury “will be about bold ideas, exciting new talent but above all compelling visual storytelling, all of which will be demonstrated with the exciting projects we will be announcing over the coming weeks.”

Webb added: “[Mercury Studios is] unique – bringing together expertise from across music, film and television in factual, scripted, premium audio, performance and so much more. We can offer creators a vibrant space to realise the projects they are truly passionate about, tapping into the wealth of expertise we have access to.

“We are also keen to welcome new blood: talented, ambitious people who want to make distinctive, relevant content with music at its heart.”