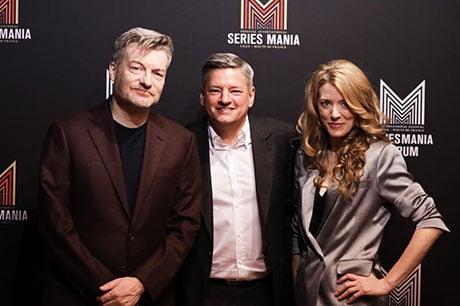 Broke and Bones launched in February and has now secured backing from Netflix, which could eventually take full control of the company in a US$100m deal, according to Deadline, which first reported the news.

The prodco has already produced a Covid-19 special version of Brooker’s satire series Screenwipe for the BBC, which aired earlier this year, but the Netflix deal gives the streamer exclusive access to all future new series and projects.

This does not, as yet, include further seasons of Black Mirror. The two most recent seasons aired on Netflix after switching from UK broadcaster Channel 4, but the show is still owned by Banijay’s Endemol Shine.

A first Broke and Bones project for Netflix is currently in the works and further details will be unveiled soon.

Broke and Bones has hired People Just Do Nothing producer Jon Petrie to lead its comedy development and Russell McLean, producer of interactive Black Mirror special Bandersnatch, to focus on interactive projects.

Netflix has teamed with UK creators such as The Crown creator Peter Morgan in the past, but this is its first investment in a UK production company.