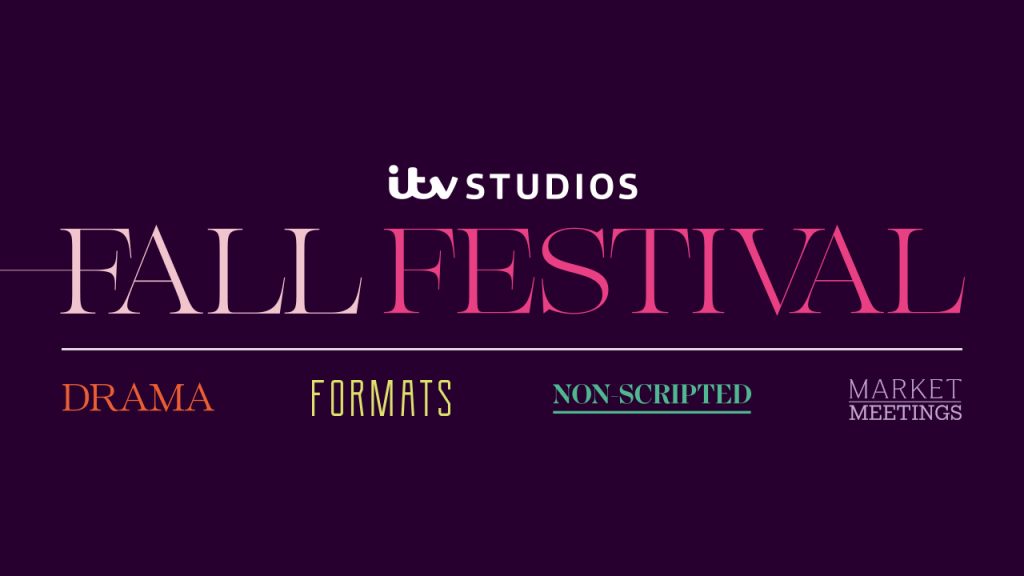 ITV Studios (ITVS) will not be exhibiting at MIPCOM in October and has instead revealed plans to launch a virtual content and production event named Fall Festival.

The move, which comes a day after TBI broke the news that BBC Studios (BBCS) would not be attending the Cannes-based event, will instead see ITVS launching a three-week virtual event, building on its previously launched Spring Drama and Formats Festivals.

The inaugural ITVS Fall Festival will include virtual content and production sessions for buyers and is slated to start from 14 September, with its unveiling today coming at the same time as ITVS confirmed that it would not be exhibiting in Cannes.

The online event will house a “dedicated space for buyers to connect” face-to-face with ITVS sales teams including Global Distribution, Global Entertainment and Armoza Formats. A calendar of screenings as well as “punchy interactive and pre-recorded sessions” will also be on offer, with more details to follow in August.

Ruth Berry, MD of Global Distribution, and Maarten Meijs, president of Global Entertainment at ITV Studios, said the event would be “an unmissable event for our buyers, from enhanced one-to-one meetings to fully produced content sessions.

“It will be a fitting extension to our must-attend Spring Drama and Formats Festivals as well as the Non-Scripted Carbon Neutral Factual Screenings launched earlier this year. We promise to deliver it all in the inimitable style our clients are accustomed to, a valuable experience for them as they look to plan their schedules for 2021 and beyond.”

Sessions will feature CEO of Windfall Films, Carlo Massarella, discussing upcoming projects and the work behind documentaries such as Ancient Cathedral Rescue: Inside the Race to Save Notre Dame, while World Productions’ CEO Simon Heath, who has been behind Line Of Duty and Bodyguard, will explore forthcoming shows including Pembrokshire Murders and Vigil. A gameshow strand will also feature, with creators on hand to discuss shows including The Chase and 5 Gold Rings.