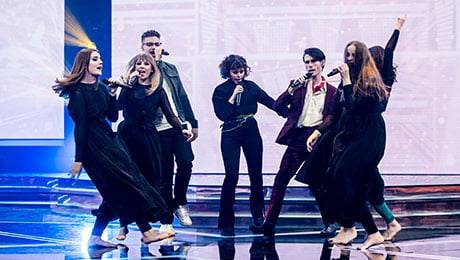 Syco owns such properties as The X Factor

Simon Cowell is set to acquire Sony Music Entertainment’s stake in their joint venture talent and production company Syco, giving him ownership of Got Talent and The X Factor.

The buy-out, financial details of which were not disclosed and which is being done personally by Cowell, is the result of a buyback option maintained by Cowell through their JV renewals and a mutual negotiation process.

Both Got Talent and The X Factor were created by Cowell, launching in 2006 and 2004 respectively. From these TV shows, during the partnership, artists such as One Direction and Susan Boyle were exclusively signed to Sony Music Entertainment-owned labels.

The agreement for Cowell to personally acquire Sony Music’s share of the joint venture will transfer ownership of all of the TV formats to a privately held company to be called Syco Entertainment. Cowell will have sole ownership of this independent entertainment company.

Cowell said: “I won’t say this was an easy decision to make. However, sometimes you have to personally support something you are so passionate about. I’ve always believed it’s important to take on new goals in order to drive new ideas and creativity, so I’m very excited to be taking an independent and creatively led Syco Entertainment into the future.”

Sony Music Group, chairman Rob Stringer added: “At this particular contractual crossroads, it was simply the right thing for Simon to take control of his TV assets and propel his company in a new direction.

“Sony Music has had incredible global success with so many artists that have been launched through Simon’s vision and innovation, and we are proud to continue to represent the Syco music catalogue and its artists.”

The Got Talent brand, recognised by the Guinness Book of Records as the most successful reality television format in the world, currently has 76 local versions produced globally and international tape sales to more than 180 countries, while The X Factor airs in more than 130 territories.