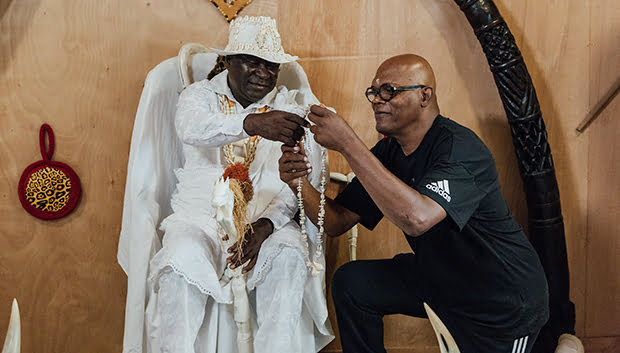 Canada’s CBC has revealed its 2020/21 programming slate including 1,300 hours of new content for the fall.

CBC’s fall TV schedule will include 22 series and 1,300 hours of new programming across all genres, the pubcaster said.

The new titles include Enslaved (6×60′), a documentary from Associated Producers/CBC Gem coproduced with Epix in the US, led by Samuel L Jackson and directed by Canadian filmmaker Simcha Jacobovici (The Naked Archaeologist).

It charts the history of slavery through underwater archaeology and coincides with the 400-year anniversary of the first African brought to the New World as a slave. It is being distributed internationally by Fremantle.

Orangeville Prep (6×30′), meanwhile, is a character-driven factual series that offers an inside look at the competitive, high-pressure world of basketball’s most successful preparatory programme.

Drama series The Sounds (8×60′) is a Canada/New Zealand coproduction from Shaftesbury and South Pacific Pictures.

Indigenous-led drama Trickster (6×60′) comes from Streel Films and Sienna Films and is based on the novel Son of a Trickster by Eden Robinson, with CBC confirming today that it has already been renewed for a second season.

CBC will also air War of the Worlds (8×60′), produced by Urban Myth Films in association with StudioCanal and Fox Networks Group.

Written and created by Howard Overman (Misfits, Crazyhead, Merlin) and based on the classic story by HG Wells, it stars Gabriel Byrne (In Treatment), Elizabeth McGovern (Downton Abbey) and Daisy Edgar-Jones (Normal People).

Arctic Vets (10×30′), meanwhile, comes from Entertainment One and takes viewers up close with the wildlife that inhabits Canada’s frozen north and the team of veterinarians that works tirelessly to keep them safe.

New original series for kids on CBC Kids and CBC Gem this upcoming year include Remy & Boo (52×11′), from Boat Rocker-owned Industrial Brothers in association with Radio-Canada.

The animated preschool series is about a unique friendship between an adventurous little girl and a squishy pink robot called Boo.

Dino Ranch (52×11′), also from Industrial Brothers, is described as an action-packed animated preschool series that follows a family as they tackle life in a fantastical setting where dinosaurs still roam.

Gary’s Magic Fort (13×11′), meanwhile, is set in a welcoming enchanted pillow fort where CBC Kids’ host Gary the Unicorn plays with his friends.

Among the 23 series to have been renewed by CBC are Coroner, Dragons’ Den, The Fifth Estate, Frankie Drake Mysteries, The Great Canadian Baking Show, Heartland, Kim’s Convenience, Marketplace, Murdoch Mysteries and Still Standing.

“These remarkable times have strengthened the truly unique role CBC serves as Canada’s most trusted media brand, with record audiences turning to us for news and entertainment on all platforms in recent months,” said Barbara Williams, executive VP at CBC.

“Looking ahead to fall and beyond, CBC is committed to serving Canadians across the country as no other broadcaster can by delivering distinct new programming and perspectives audiences won’t find anywhere else. This includes both new and returning series and a confirmed fall schedule that responds to emerging trends for more entertainment and escapism, along with storytelling that offers inspiration, comfort and connection to others.”