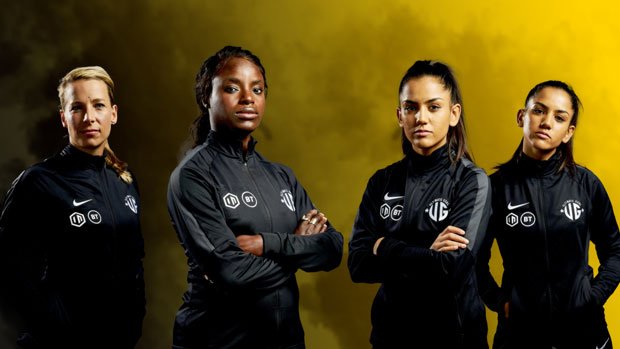 Ultimate Goal (6×60’) is currently in pre-production with London-based indie Zig Zag Productions (The Next Jamie Vardy, The Football Show).

Premiering on BT Sport in the UK and on Insight TV worldwide in late 2020, the series will follow 28 women as they compete for the chance to take part in a one-off match in front of scouts from women’s teams around the world.

Eniola Aluko, the former Chelsea, Juventus and England national team player, will host the show, leading a team of football legends who will act as mentors and coaches to the contestants.

Rachel Brown Finnis, the former England national team goalkeeper who now works for BT Sport as a football analyst, will also mentor the players, as will twin former footballers Rosie and Mollie Kmita.

From the 28 women, a team of 14 will be chosen to prepare for a trial match against a top women’s football team, which will be attended by scouts from teams such as Chelsea, Barcelona, Arsenal, Lyon and the Orlando Pride.

Participants from around the world seeking the opportunity to take part are being encouraged to visit ultimategoal.tv to apply.