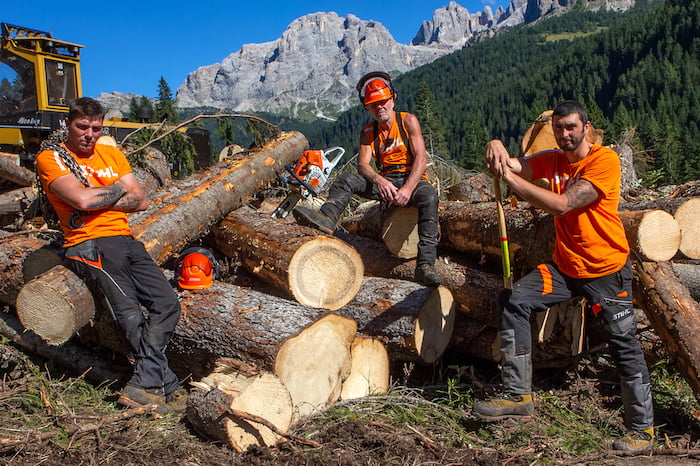 Undercut: Wooden Treasure was produced by GiUMa for DMax

Newly formed London-based distributor Beyond Rights has picked up 35 hours of factual programming after agreeing deals with five indie partners.

Beyond Rights was formed last week by the merger of Beyond Distribution and TCB Media Rights which parent company Beyond International acquired earlier this year.

The enlarged group has acquired two seasons of Undercut: Wooden Treasure (9×60’) from GiUMa Produzioni. The series, which was originally produced for Discovery-owned DMax, follows the work of Italian loggers in the aftermath of storm Vaia in 2018, when winds of 120mph uprooted around 14 million trees in the forests of northern Italy.

Beyond Rights’ second new distribution deal is with Mexico- and Miami-based CIC Media and sees the company bag rights to Race To Victory (6×60’). The series has already sold to A+E Networks in the US and Spain, as well as Viasat.

The archive-driven history series was originally commissioned by A&E Networks UK for its recently rebranded Sky History channel. Race To Victory is a chronological account of the unlikely alliance between the UK, the US and the Soviet Union in the war against Nazi Germany.

Filthy House SOS (18×60’) has also been acquired from Manchester-based indie Gobstopper. Produced for the UK free-to-air channel 5Star, the series follows super-cleaners as they take on some of Britain’s filthiest homes.

A recently signed deal with UK prodco Wonderhood Studios is already generating sales for Trump in Tweets, originally produced for BBC3. The one-hour doc, which looks at the POTUS’s love affair with social media and how he weaponises it to shape his policies, has been picked up by BBC Nordics, following its recent launch in the UK.

Finally, Beyond Rights has acquired The Unremembered, a one-off doc from David Olusoga and Mike Smith’s Uplands Television. Commissioned by Channel 4 in the UK, the film tells the story of the 100,000-plus African soldiers who died on their own continent serving Britain during the First World War but who were denied proper graves.