Network 10 in Australia is among the international broadcasters to have picked up BBC-commissioned factual shows from London-based distributor TVF International. 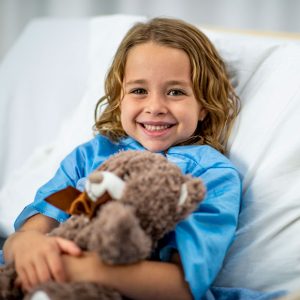 Inside the Children’s Hospital

Two seasons of BBC Scotland’s Inside the Children’s Hospital (16×30’), following patients and staff at one of the UK’s busiest paediatric centres, Royal Aberdeen Children’s Hospital, have been licensed to Network 10 and True Visions in Thailand.

Inside Edinburgh Zoo (8×60’), another BBC Scotland commission, looks at how the zoo’s 200-strong staff face the challenges and logistics of caring for more than 1,000 animals at Edinburgh Zoo and its sister site, Highland Wildlife Park.

BBC4 standalone film A Year to Save My Life: George McGavin & Melanoma (1×60’) is also available. The film follows the biologist as he travels the world to understand what the future holds for cancer treatment, and to see if recent scientific breakthroughs can help cure his rare and deadly form of malignant melanoma.

TVF has already sold the programme to YLE in Finland, UR in Sweden, RTVE in Spain, True Visions in Thailand, TRO in Georgia and Doc Movies in Israel.