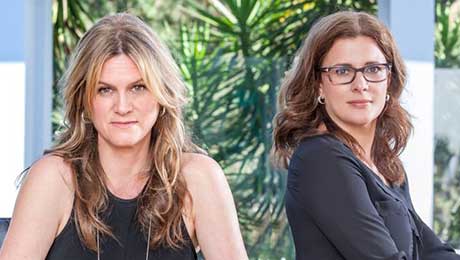 Bad Wolf has picked up the rights to Coming Undone by Terri White in a deal with Anna Pallai at AMP Literary.

The unflinching book, published by Canongate this summer, documents White’s life as a successful editor unravelling as she is haunted by past events.

As well as growing up in poverty, White endured sexual and physical abuse at the hands of a number of her mother’s partners. Her success defied all expectations, but the greater the disparity between her outer achievements and inner demons, the more she struggled to hold everything together.

White said: “To say I’m excited about working with Bad Wolf on an adaptation of Coming Undone is a gargantuan understatement. Their reputation for producing bold, brave, brilliant telly makes them the perfect home for my book – one I wrote to try and give a voice to what so many of us experience in the shadows. That voice is set to get a lot louder.”

Kate Crowther, exec producer at Bad Wolf, said: “Coming Undone is an exceptional, powerful memoir from the ferociously talented Terri White, and from the moment I read it I knew we were the right team to develop it. We couldn’t be more delighted.”